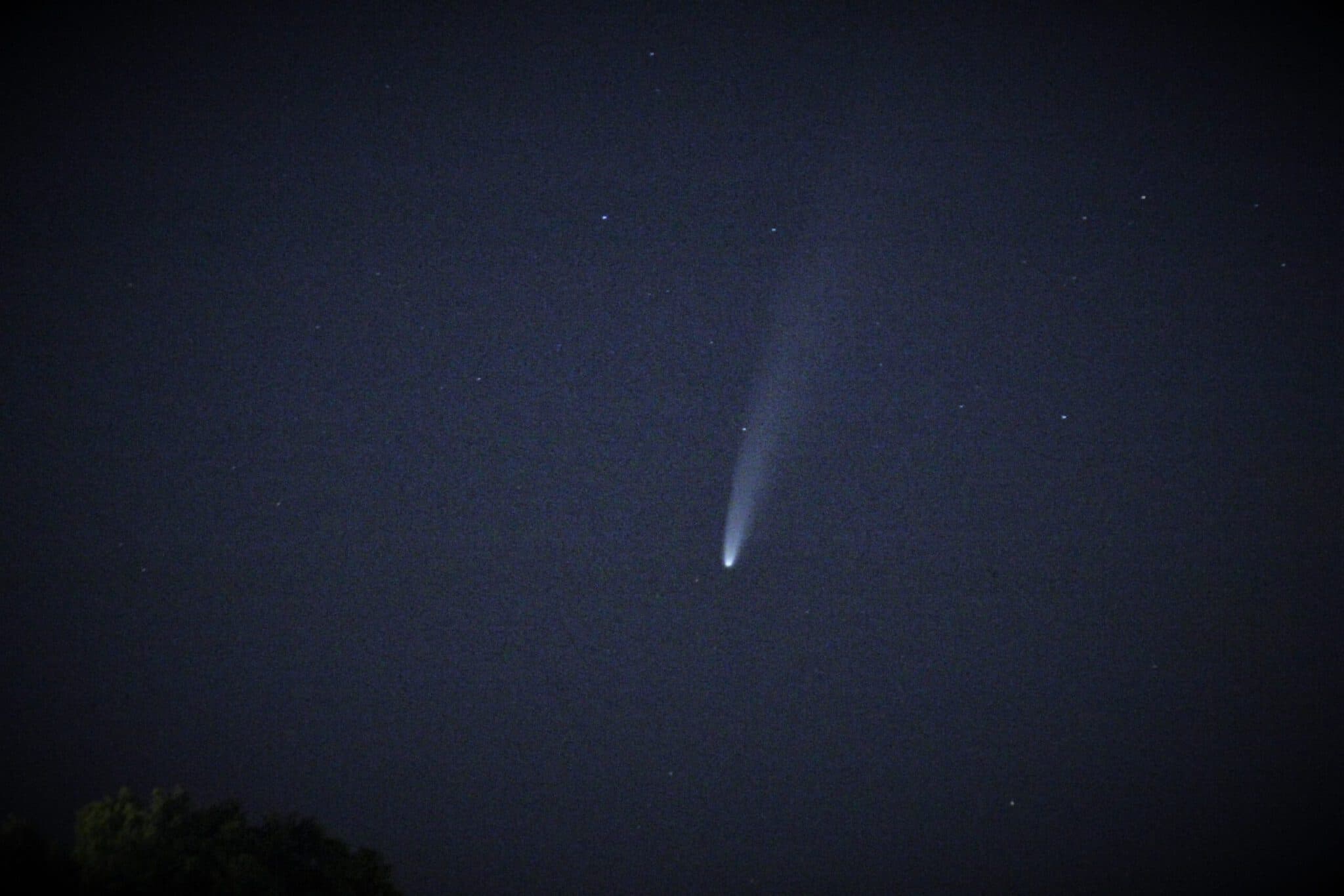 A beautiful comet – called Neowise – is dancing at the night sky over Kazakhstan. Info Shymkent is telling you how to find the giant cosmic snowball.

On the 27th March a NASA space telescope called WISE , which is flying 500 kilometres high and an incredible speed above our heads, made a picture of the clear dark sky as usual. But on this day astronomers found on the photo a new white dot. The discovered a new comet on it’s way flying to and around the sun. The astronomers gave the comet the catalog number: C/2020 F3 (NEOWISE).

Now, just less than four months later the comet already made the turn-around at the sun.

The turnaround at the sun is very dangerous for the giant icy snowball, because of the heat of the sun and the strong gravitation. Imagine you driving around the corner very fast and you sweating very strong. It could be fun – but it’s not comfortable. Very often comets don’t survive, melting, disintegrate and disappear during the turnaround at the sun.

The comet – nicknamed Neowise – however survived this move and has now a huge bright white tail. If you could watch closer (by telescope or with binoculars) you can see even two tails. The comet will be even bigger and brighter in the next few days. And it is already the biggest object at the morning sky over Kazakhstan.

The closest approach of the comet Neowise will be on 23th July at a distance of 103 million kilometres. So don’t worry: We don’t need a Bruce Willis, Robert Duvall or Elijah Wood who save the earth like in the movies Armageddon or Deep Impact.

You can find the comet before sunrise (at around 5am) looking to the Northeast direction. Hold in mind that the comet is close to the horizon. You have to be on a high building or on a field without trees or buildings to have a clear view. And you have to know: The comet is not as bright as the moon. Comet Neowise looks just like a giant white fuzzy long object. But with a digital camera, high ISO (1000) and 4 sec long exposure you can put the comet easily on a photo.

UPDATE 17th June 2020: You can watch comet Neowise also at 10pm after sunset. A good orientation is the Great Bear / Ursa Major again. But in the evening you have to look North west instead of North east.

Info Shymkent wish you good luck and fun to catch the comet at the night sky!