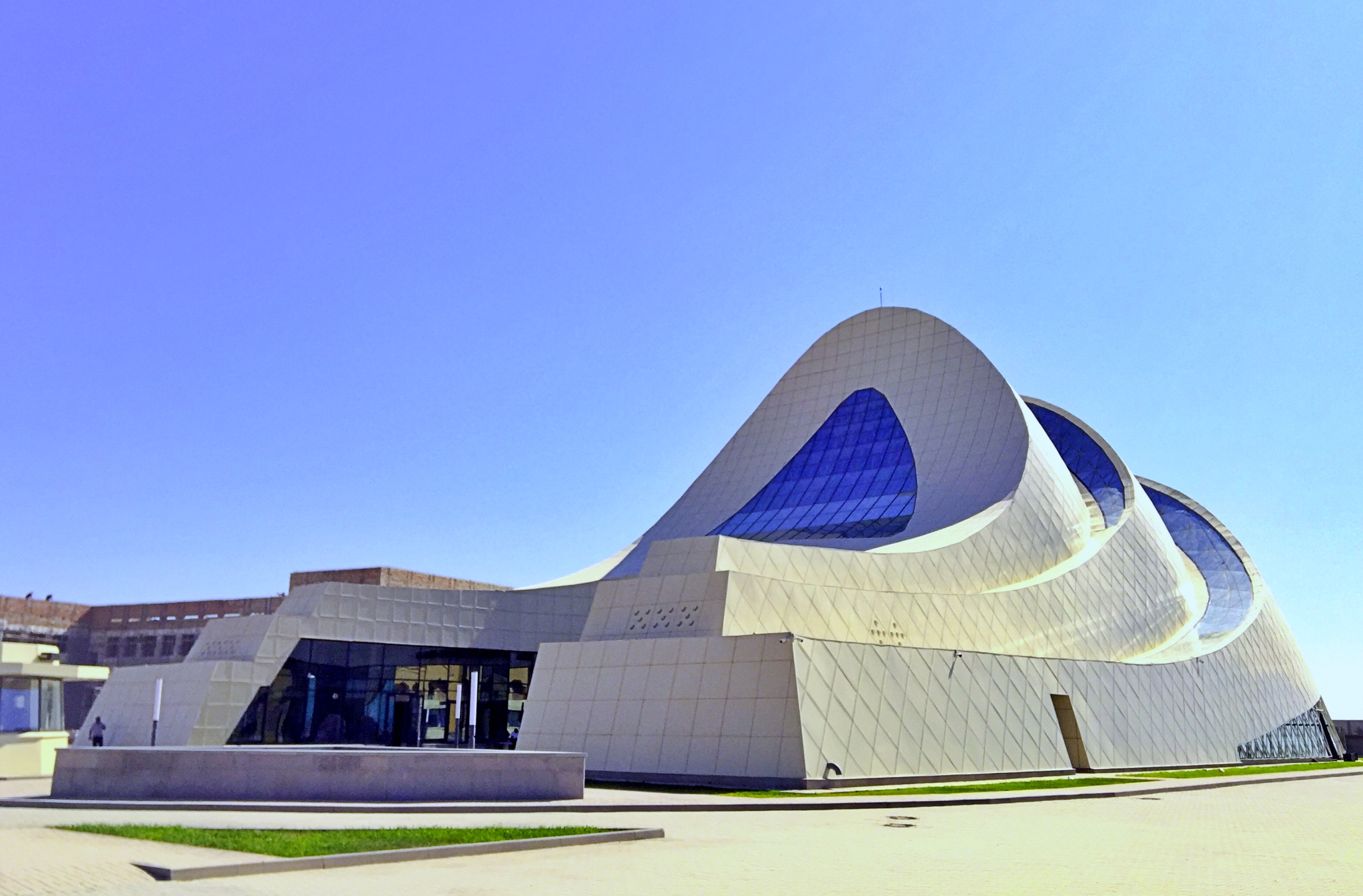 Dome+Partners Architect Murat Yilmaz told us more about the newest projects in Turkestan: The Ahmet Yasawi Museum & The Caravanserai.

Info Shymkent: Hello Mr. Murat Yilmaz, how are you? Where are you now?

Mr. Yilmaz: Hello! I’m quite good, thank you. I am in Istanbul, where the head office of our company is located.

Info Shymkent: Can you introduce yourself a little bit for our readers? How you become an architect?

Mr. Yilmaz: I was born in Akcakoca, Turkey. In 1989, I entered the Faculty of Architecture at Mimar Sinan University and started my education. I met one of the most well known and important Turkish architects, Hayati Tabanlıoğlu, in 1991 and started working with him. In about 8 years in Tabanlıoğlu office, I went from an intern to a project manager, and then started my own company with one table, one computer and an aim of becoming an international multi-partnered project office. Now the company structure consists of partner firms in different cities and countries, owned by project directors and architects.

Info Shymkent: What Kazakhstan and Turkestan mean for you and your company Dome+Partners?

Mr. Yilmaz: Future. As the world is constantly evolving, we see and believe in potential of Kazakhstan so we opened an office in Astana (now Nur-Sultan). As both an international and local company, we trust that we can share our professional experience and know-how and bring our positive input into the development of the country.

Info Shymkent: Dome+Partners started two beautiful projects in Turkestan. The Ahmet Yasawi Museum and Turkestan Caravanserai development. Can you tell us some key facts about these projects?

Mr. Yilmaz: The main objective of the Caravanserai project – also called Keruen-Saray tourist complex – for us was the creation of a new point of attraction and social life to reflect the Kazakhstan government’s goal to develop and improve the city of Turkestan. Changes and improvements were necessary and we believe that this new center will have a great impact on social, cultural and touristic development of the region.

As for the museum, we are sure that such structure will bring a new breeze to the area. Being strongly connected to the Mausoleum of Khoja Ahmet Yasawi, it adds a touch of modernity to the ancient spiritual center of the region.

Mr. Yilmaz: The design is really unique and has a story behind it, which was explained by its creator Erdal Ozdemir, head architect on this project:

Ahmet Yasawi was a man of literature and religion who tried to set an example with the way of his life. He was reflecting a modest, unconventional and humble understanding of life to people. The design of the structure dedicated in his name was not supposed to be overwhelming, arrogant, flashy or exaggerated. The shape had to be extremely humble, simple, but strong when you look at it. Those are the emotions which shaped the design of Ahmet Yasawi Museum.

As for the details, the position of the museum is towards the Qibla, directed to Kaaba; the reason is that Ahmet Yasawi was always addressing to Kaaba. Another point is the shape of the building which was inspired by the silhouette of the praying believer sitting on the floor. In other words, I have stylized the position of sitting worshipper with two hands, bent forward on their knees, with their neck lent forward in a dignified posture.

Info Shymkent: What other features of the museum could you emphasize?

Mr. Yilmaz: Since the shape of the structure is unusual and unique, engineering and facade design of the project were quite challenging. That’s why us using high technologies and working fully in BIM (Building Information modeling) proved itself useful more than usual. BIM is a platform where all the disciplines are designed on the same virtual model, which reduces possibility of mistakes significantly. Additionally to see this amazing project brought to life is a very proud moment for us.

Info Shymkent: What were the tasks set by the developers of The Caravanserai project? What was the initial wishes of the developers, Mr. Murat Yilmaz?

Mr. Yilmaz: We developed the concept together with Gultekin Architecture. The task was to create a social and cultural center, a complex including amphitheatre, family entertainment center, flying theatre, horse training center, social and commercial zones according to the developers and client’s expectations. Our main goal was to produce a project reflecting Kazakhstan’s cultural past and it’s future by its architectural features.

Info Shymkent: The Caravanserai project is not only one building and not only blank glass buildings. The project consists of multiple different shaped building in oriental Timurid Empire style. What were the challenges you encountered during the design process?

Mr. Yilmaz: In the design process main issues were to establish the connection with the city and especially old town, circulation and architectural character. It is actually more like urban planning project consisting of 40-50 different parts and not just an architectural design. We worked meticulously on the connections within the complex and with the city. As for the architectural character, we did everything to conjoin old and new. Finally, our goal was to make a design according with the local standards and international vision.

Info Shymkent: The Keruen-Saray tourist complex reminds us a little bit of the Madinat Jumeirah project near the famous Burj Al Arab Hotel in Dubai. Madinat Jumeirah and Burj Al Arab was one of first projects that put Dubai on the map and made it famous in the world. Do you think that The Caravanserai will have a similar effect for Turkestan, too?

Mr. Yilmaz: In terms of vision, this project will definitely have the similar effect for Turkestan and Kazakhstan in general. We call this vaccination, when you bring old and new together in a natural way and add value and liveliness to the whole thing.

Info Shymkent: Are there any further projects planned for your company in Turkestan, Shymkent and Kazakhstan?

Mr. Yilmaz: We are working on similar projects in Turkestan, Almaty and Atyrau at the moment.

Info Shymkent: Thank you very much for this detailed interview, Mr. Murat Yilmaz. I think our readers could get a good insight into your work and we can’t wait to see the completion and opening of the Ahmet Yasawi Museum and The Caravanserai in Turkestan. We hope it will have a positive impact for the entire region in southern Kazakhstan. We wish you and your company success, creativity and good luck for the future!

You can find more information about projects of Dome+Partners here: