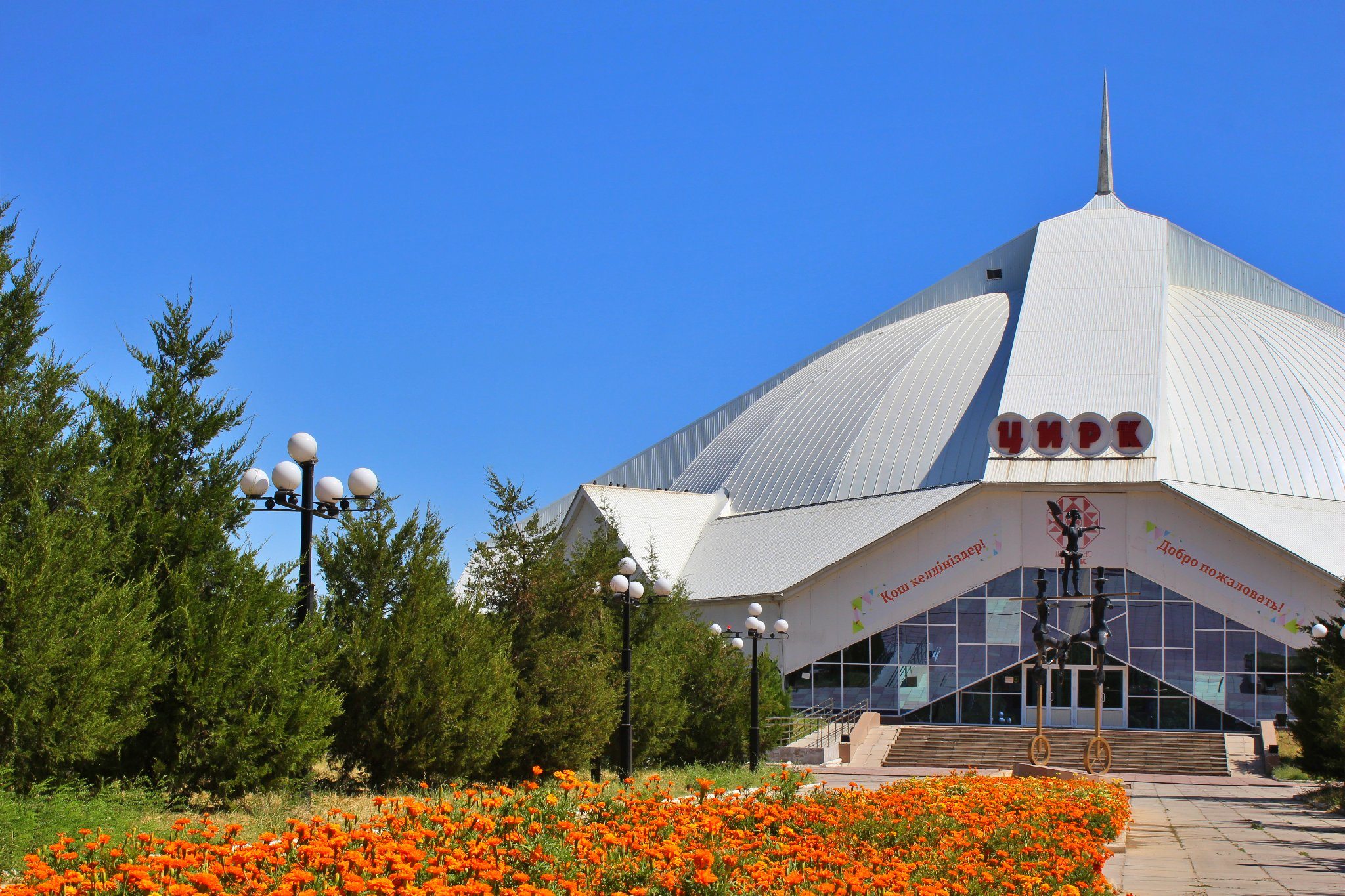 Shymkent was the last large city in Kazakhstan to receive a circus building.

Every city deserves a circus. The Circus in Shymkent looks like an old soviet architectural building – but actually it is very young and was built after the collapse of the soviet union. Shymkent was the last large city in Kazakhstan that did not receive a permanent circus building until the millennium. This changed when construction began on Shymkent Circus on the western boundary of Abay Park in 2010. The building, which seats 1200 spectators, opened on 17 December 2011.

Sights and attractions in Shymkent