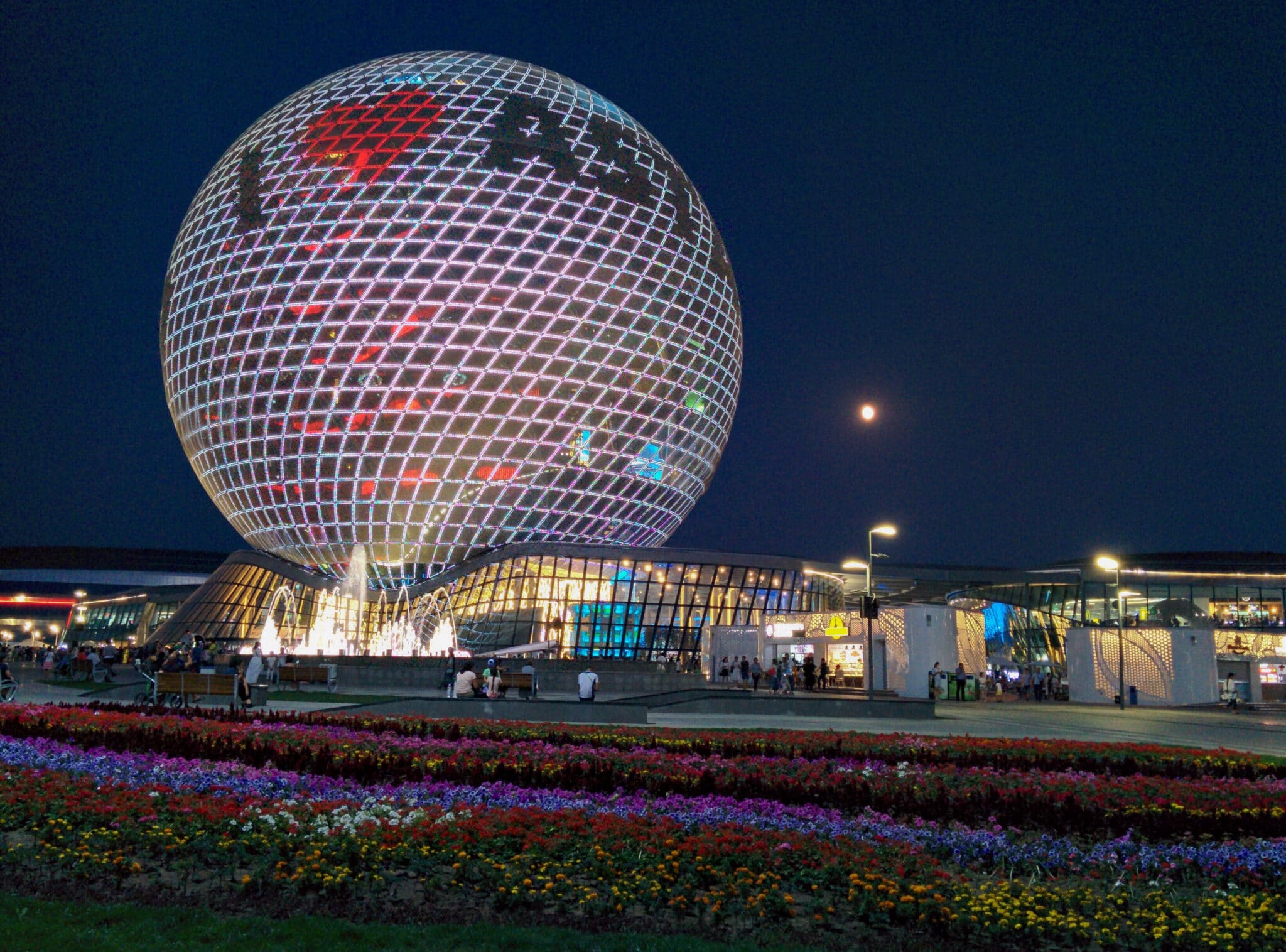 In one year starts the Expo 2020 in Dubai. So it’s time to have a look back on Expo 2017 – “Future Energy” in Kazakhstan’s capital Astana.

The Expo 2017 was held in Astana – now Nur-Sultan – the capital of Kazakhstan with the theme “Future Energy”. The country won the bid in 2012 and already promoted the exhibition in Central Asia at the Expo 2015 in Milan, Italy.

The first World Fair in Central Asia was opened from June till September 2017 and gave the opportunity to around four million people to learn more about new ideas, developments and already developed technology to try to solve the problem of the thirsty humankind for energy.

Also Info Shymkent had the opportunity to fly to Astana and had a view into the 25 hectares sized exhibition in September 2017. Enjoy the walk through the past:

You know every world expo have it’s centerpiece. Expo 1889 in Paris – the Eiffel Tower, Expo 1958 in Brussels – the Atomium, Expo 1962 in Seattle – the Space Needle. Now all of them became a icon of these cities. The Expo 2017 in Astana in Kazakhstan had the Nur-Alem: It is a glass sphere 100 meters height and 80 meters diameter. On the top of the unique building are two wind turbines. On the outside it’s possible to make light shows at night.

112 countries took part in the exhibition to take the opportunity to showcase their country and present their ideas for the future. But the 2017 Expo was a little different than the previous world exhibitions: This time the countries only got rooms in four exhibition halls and did not have to build their own pavilion. The reason was that they wanted to be more sustainable this time. After the last expos, the country pavilions were torn down – this time the four exhibition halls were preserved and should continue to be used as office buildings. But the countries use their exhibition space creatively to draw attention to themselves.

One import theme of Kazakhstan’s Expo was the mobility of tomorrow. On very much places you could find prototypes like a One-Litre-Fuel-Car, Solar cars, Hybrids and first mass production vehicles. But there was also another kind of car on display: The Bloodhound supersonic car – the speed record holder on land.

Inside of the futuristic centerpiece of the Expo 2017 with well designed elevators and balconies was also a huge exhibition about mankind’s next step: to leave Earth and to build outposts on Moon and Mars. The visitors could read and see the history of Space Exploration and prototypes of rockets, rovers and buildings for space.

Kazakhstan invited the world for a World Fair “Expo” for the first time to Central Asia. In our eyes they have done a great job and put Astana on the world’s map. Now it’s on the United Arab Emirates to continue the World Fair show in Dubai in 2021.

You can find more about the city of Nur-Sultan (Astana) here: Sightseeing tour through Nur-Sulatan