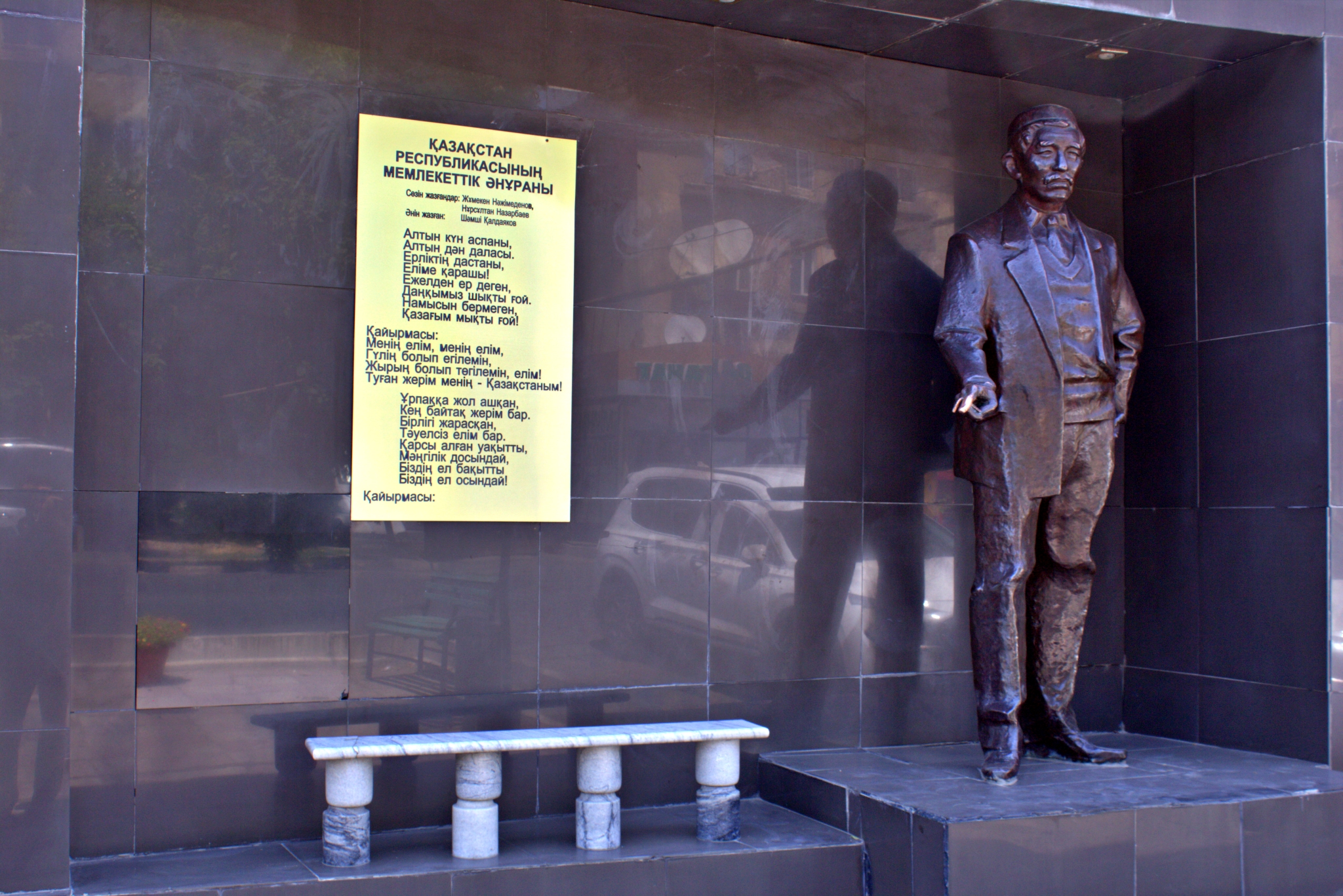 Today marks the 91st birthday of Composer Shamshi Kaldayakov – a music genius from southern Kazakhstan. Time to have a look on his life.

On 15th August 1930 a young boy was born in Shaulder – a city just around 100 kilometres away from Shymkent. His parents from the Younger Zhuz gave him the name Jamshid Donbaiev. But his family and friends will call him later Shamshi. His father was a blacksmith in the small town of Shaulder but he tried to play as most as he can in his free time the Kazakh instrument Dombra and created own poems and music to play on this Kazakh bowed string instrument. And also Shamshi’s mother liked music very much and was singing to the play of the Dombra of Shamshi’s father. So it was clear that also the young Shamshi started to get interested into music. He learned to play the mandolin very fast and tried to compose his first songs, too.

But the 2nd world war wasn’t a good time for a music talent. He escaped from home and school and started to work on the fields as tractor driver. His family and school started to search him by police. So he changed his family name to Kaldayakov. After war he got the opportunity to continue to learn again. But at first he still stayed in the agriculture business and studied at the Zoo veterinarian college close to the most southern tip of Kazakhstan in Saryagash. After he graduated the college he was sent into the Aktobe region to work as an livestock technician. The work on the fields in his youth would be a great inspiration for his later musician work.

The work on the fields ended fast with the military service for the Soviet Union. He was moved to island Sakhalin in the Pacific Ocean. During his time at the military time Shamshi Kaldayakov came back to his roots. He started to find back his interest to music. He wanted to be a musician. So it was a clear decision that he started to study at the Music College in Tashkent in 1955. But he recognized during the college that music theory isn’t the right way for his future and Shamshi Kaldayakov wanted to do more practice on the instruments. He left Tashkent and moved to Alma-Ata (now Almaty) to join the music conservatory of the city in 1956.

His decision was a right move forward in his career. In the same year the conflict about grain fields of the Soviet Republic of Kazakhstan with the Russian Soviet Federative Socialist Republic under First Secretary Nikita Khrushchev escalated. Shamshi Kaldayakov wrote music to the words of poem My Kazakhstan (Kazakh: Menin Kazakhstanym) by poet Zhumeken Nazhimedenov. The young Kazakh singer Zhamal Omarova was singing to Shamshi’s music and went popular in Kazakhstan via the radio stations across the Soviet Republic of Kazakhstan. The Kazakh politicians used this song for there purpose and renamed the song against the will of the authors to the March of the Virgin Lands.

His first huge success was not supported by the music conservatory in Alma-Ata. In 1959 he had to left the conservatory because his “wrong harmony”. But his mix of Kazakh folk songs and legends and the rhythm of waltz went popular to the youth of Kazakhstan. They loved him for his songs like Waltz of Joy (Kazakh: Kuanysh waltz), Where are you (Kazakh: Kaidasyn) and In the arms of Happiness (Kazakh: Baқyt Kushaғynda) -he became the Father of Kazakh Waltz.

But the composer Shamshi Kaldayakov had to search for a new profession. So he started to study two courses at the Faculty of Journalism of KazSU in Alma-Ata and continued as a writer. But he tried to come back in the field of music by applying for the Union of Composers of Kazakhstan. He tried it three times and three times they refused. One of the main reasons was the missing conservatory education and that he not graduated from college and conservatory.

His music went silently popular also across the borders of Kazakhstan. So during a meeting with French President de Gaulle in Paris in 1969 the First Secretary of Soviet Republic of Kazakhstan Kunayev learned about the music of Shamshi Kaldayakov. After his return to Alma-Ata he searched for him and offered him the keys to a new-built three-apartment in the city. Kunayev took this offer but gave the apartment to a friend with a big family who lived under poor conditions before.

In the last years of is life he suffered on a long illness but his work remained in the mind of the Kazakh people. During the uprising of the Kazakh youth against Soviet Union in 1986 they sang his song My Kazakhstan on the streets. So he got some late reputation: Already serious ill and weak – and just two months before his death – he received the medal People’s Artist of the Republic of Kazakhstan. He died on 29th February 1992 with the age of 61 years old. Posthum the Union of Composers of Kazakhstan added him as a member.

Also the Kazakh people didn’t forgot him. In 1992 a first international song competition named after him started in his homeland Shymkent. And his most popular song My Kazakhstan became the National Anthem of Kazakhstan in 2006. Shamshi Kaldayakov ancestors continued in the music business. So one of his son became the conductor of the Abay Opera House in Almaty and the younger son is a popular pianist.

Many statues of him were erected around the country and streets are named after him. So you can find even a street, two statues and a park named after him in Shymkent. The Park Shamshi’s World is a huge homage to him and a Walk of Fame next to his statue is a tribute to the musicians who went into the footsteps of Shamshi Kaldayakov. We hope his work also inspire future musicians in Kazakhstan – and the whole world.