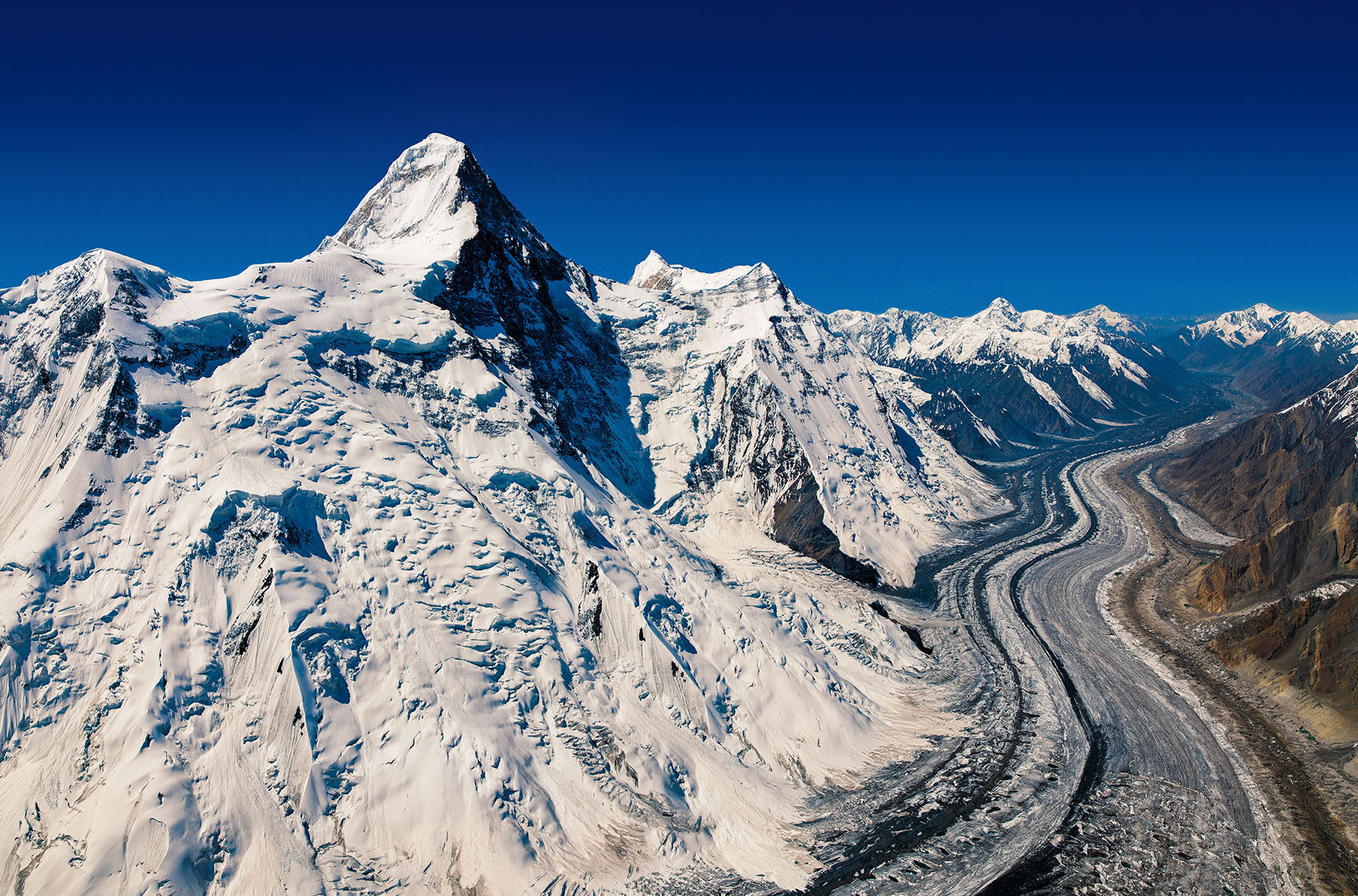 90 years ago first climbers arrived the summit of Kazakhstan’s highest peak Khan Tengri. Info Shymkent had a look into this alpine story.

In 1850s a young student from Russian Empire – his name was Pyotr Semyonov – studied geography and geology in Berlin. His mentor and professor was the famous German polymath and explorer Alexander Humboldt. The German explorer went at the beginning of the 19th century to North and South America – and on his last exploration into Central Asia in 1829. Now as elderly man and as professor he wasn’t able to travel anymore and made a suggestion to his fresh graduated student Semyonov: He suggested him to explore the unexplored Tian Shan mountains in Central Asia. Humboldt visited the city Barnaul and the Altai mountains before – but on this journey he just heard about the mystic mountains in the south of the Russian Empire but wasn’t able to see it with his own eyes.

Semyonov started his first expedition from Barnaul in 1856 and went to the south into the Tian Shan Mountains. On his way to the large Lake Issyk Kul he discovered a very high peak with a shape like a pyramid with a ice and snow-capped summit. He considered that this will be the highest peak of the Tian Shan and the local Kazakhs told him that his name is Khan Tengri: it means in Kazakh King of Heaven. Pyotr Semyonov was so impressed from Khan Tengri and the Tian Shan mountains that he changed his family name to Semyonov-Tyan-Shansky in 1906.

50 years later the German geographer and alpinist Gottfried Merzbacher read about this beautiful peak and wanted to explore it by his own. In 1902 he reached the glacier tongue of Engilchek glacier and continued his hike on the glacier. He discovered a ice lake at the intersection of the north and southern branch of the glacier. Because of the lake he couldn’t enter the north branch of the Engilchek glacier. Later this ice lake was named after him. Because of this natural barrier Alpinist Gottfried Merzbacher went on the southern branch more to the east and more up. Some additional kilometers into the ascent on the glacier he reached the basement of the Khan Tengri. He was very impressed of the beauty of the mountain and also called him a real ruler of the Tian-Shan. The German geographer determined the height of the Khan Tengri to be around 7200 meters.

The First World War and the Russian Civil War stopped the exploration & mountaineering. It needed another 30 years that another alpinist – the Russian explorer Mikhail Pogrebetsky – will reach the basement of Khan Tengri in 1930. He made research to find the best way to climb the Khan Tengri. He saw the best opportunity to climb the pyramid of rocks and ice from the Southern Engilchek glacier. He decided to come back the next year with experienced climbers to try to reach the summit.

His idea followed the young skilled Russian alpinist Boris Tyurin and Austrian alpinist Franz Sauberer. The expedition was protected by Russian border guards because the Basmachi – a group of Central Asian rebels – was still a real threat in the mountain gorges of the Tian Shan mountains. They reached the basement of Khan Tengri in late summer 1931 and erected a base camp on the South Engilchek glacier. There route to the peak was to first climb to Chapaev Peak. Near the Northern Chapaev Peak at a attitude of 6400 meters Pogrebetsky’ team installed the upper camp. The three Tyurin, Sauberer and Pogrebetsky started from this camp it’s final ascent on 7th September. They went to the western shoulder of Khan Tengri and further up the southwestern slope. On 11th September, all three climbers arrived the summit of Khan Tengri.

The second expedition who tried to conquer the summit of Khan Tengri was a group of eleven alpinists from Alma-Ata (now Almaty) in Kazakhstan. The three Kazakhstani Evgeny Kolokolnikov, Ivan Tyutyunnikov and Leonid Kibardin reached the summit on 24th August 1936. But the descent went dangerous: Kibardin fell down on icy ground and pulled off Kolokolnikov. Only Tyutyunnikov could avoid that the group fell down into death. But they made it back to the base camp and arrived Alma-Ata on 5th September 1936 again.

Today its a great day to remember these alpinist heroes who climbed to the top of the King of Heaven – the Khan Tengri and we hope you liked our documentation about this anniversary.